Whisky is a rapidly growing segment of the higher-end spirits market in China. Demand continues to increase among the urbanized and high-income consumers, especially young adults. The Chinese perceive whisky as a dynamic, international and sophisticated drink.

In the last three years, interest in whisky has grown up to 22% in the country. Many are willing to spend more than 1,000 RMB ($159) for a premium bottle.  Among the types of whisky that lead sales in China, Scotch shows impressive growth.

China is an important emerging market for the Scotch whisky industry. From 2000 to 2018, the value of direct exports to China has grown from under £10 million (US$12.5 million) to around £76 million (US$95.5 million). The lowered tariff of 5% was a further boost to the industry, which was already benefiting from soaring sales.

Around 25 bottles of Scotch whisky are exported to China every minute. In 2017, exports to China reached around £60 million (US$75.4 million). Year-on-year growth is at 26% (in volume) and 45% (in value). Sales were up by 35%. The biggest markets for Scotch whisky are large, tier 1, cosmopolitan centers like Shanghai, Beijing and Guangzhou.

In 2018, China renews trademark protection for Scotch whisky, valid until 2028. This is to protect the category from local counterfeit products. Since 2008, the Scotch Whisky Association (SWA) has fought more than 100 trademarks cases and took down around 200 fake products in China. The SWA remains confident that Scotch whisky would be given special recognition in the Chinese market as a product of Scotland.

No Compromises on Quality and Price

Rather than compete on price, distilleries and sellers prefer to focus on educating the Chinese consumers on the different types of whiskies. It is less on a hard sell and more on public education and appreciation. The high prices of Scotch whisky speak of prestige, a quality that the brand-conscious consumers of China like.

Whiskies sold in China cost around 520RMB (US$83) per bottle. Target customers are the younger, upper-middle class with a hankering for heritage luxury brands. Many labels go to China to train bar staff and management at selected locations so they can offer a specialized, expert-led service to bar-goers. 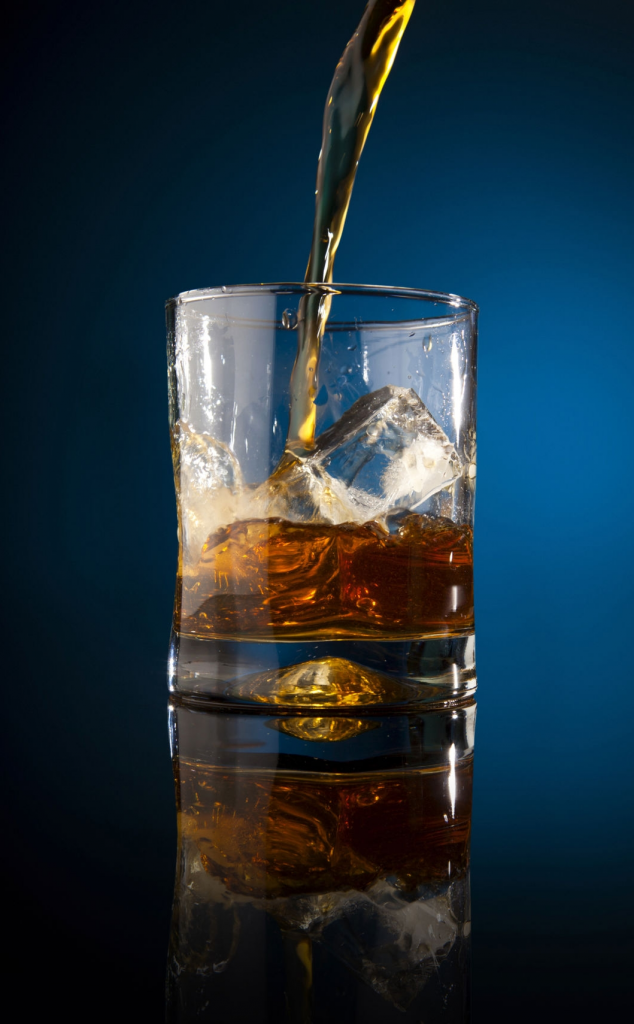 Edrington is one of the biggest exporters of Scotch whisky to China. In 2003, the company decided to open a representative office in the country to better cater to its growing customers. The Shanghai office also serves as Edrington’s headquarter for its markets in the Asia Pacific region, including Taiwan, Hong Kong, Korea, Japan, Australia and New Zealand. Part of its portfolio are brands like The Macallan, The Famous Grouse, Highland Park and The Glenrothes.

In 2017, the Loch Lomond Group secured a major distribution deal with one of China’s food and beverage giants, COFCO. The partnership was part of the distillery’s bid to expand its reach in the country. The Loch Lomond Group is one of Scotland’s oldest whisky producers. Its full range of whiskies, which include Loch Lomond, Glen Scotia and Littlemill, are currently available throughout China.

Speyside Distillery recently signed a distribution deal with Luzhou Laojiao International Development to increase the production of its single malt whisky. This is expected to see an output of 1 million liters in a year to meet the surging demand for Scotch whisky in the region. Luzhou Laojiao also distributes the distillery’s Spey and Beinn Dubh brands in duty-free outlets across China.

In 2005, William Grant & Sons set up a distribution and marketing base in Shanghai to tap further into the country’s growing market of malt whisky drinkers. Two of its brands, Glenfiddich and The Balvenie, remain popular among Chinese consumers. The portfolio of the family-owned distillery also includes Girvan, Kininvie and blended whisky brands like Grant’s and Monkey Shoulder.

British multinational alcoholic beverages company Diageo is one of the biggest producers of Scotch whisky, controlling one-third of the total production. Aside from its world popular Johnnie Walker blends, it owns other brands like Lagavulin, Mortlach and Talisker. In 2019, Diageo reported that its organic net sales in China increased by 20%, helped by strong demand for Scotch whisky.

Pernod Ricard, the French alcohol giant, owns a number of distilleries in Scotland. The company, alongside Diageo, controls around 55% of the Scotch whisky market. Some of its massive portfolio includes Chivas Regal blended whiskies, Glenlivet and Aberlour. Pernod Ricard has been aggressively expanding its portfolio in China, recently introducing a new Chivas range, the Chivas Extra 12.

China’s evolving tastes and consumption upgrade have been boosting spending on all types of whiskies, especially Scotch. The liquor has become increasingly popular among consumers, with the younger Chinese generations as its biggest demographic.

Scotch whisky has become a strong indicator of social status and prestige. Though distilleries and retailers exert more effort in educating the Chinese consumers, the surge of sales shows that their hard work has paid off.