The Growth and Evolution of China’s Wine Market 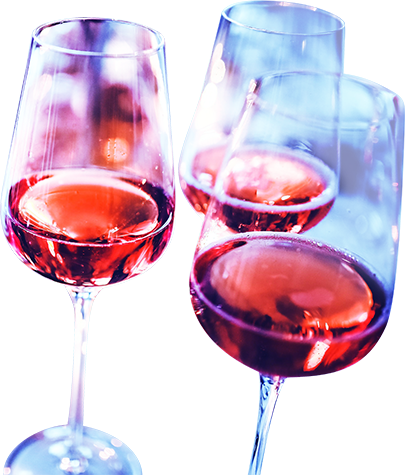 This paper offers a broad view of China’s wine market as of 2020, taking into account established and emerging trends as well as the impact of political headwinds and COVID-19.

It also offers a more granular view of each major imported wine category (e.g. red), how each is performing, advantages and disadvantages in the market, and overall short-to-medium term outlook.

In addition to indicative real in-market case studies, this paper provides a firm understanding of the distinct consumer types that have emerged among Chinese wine consumers, their habits, general spending power, and how they are likely to shape demand.

Wine sales in China surpassed US$28 Billion by the end of 2019 with over a third of those being imported wines.

Changing lifestyles and increasing disposable incomes, coupled with rapid urbanization, are supporting growing demand for wine in China. An increasing number of consumers are purchasing wine for personal use, rather than as gifts, as younger, more adventurous consumers take over. Improved distribution channels and easier accessibility to imported products are also supporting wines sales in interior regions and lower-tier cities.

Although still red wines dominate, whites, rosés and sparkling are making themselves known, collectively accounting for nearly 20% of all wines sales in China.  White wine is anticipated to attract more consumers as the market continues to mature. Currently, there is developing demand, particularly among aromatic whites. About 56% of imported wine drinkers claim they drink white wine at least occasionally.

Despite stiff competition among wine producers, France remains the largest source of imported bottled wines in China. Among French wines, Bordeaux is at the core of France’s lead in China’s wine market, but other regions, such as Rhône Valley’s Languedoc. are gaining ground. Similarly, Australia and Chile are quickly gaining greater shares of the market due to lower import tariffs included in bilateral trade agreements signed in recent years.

French wineries led the way in China with robust red wine varietals. For years most focus was given to the country of origin rather than the grape varietal, though more common reds, such as Cabernet Sauvignon, Merlot, and red blends dominated. This has changed in recent years as more consumers—particularly younger ones in large urban areas—have sought New World wines (e.g. Shiraz) and those from lesser known wine-producing countries (e.g. Georgia). Even as whites and other types of wines increase in popularity, reds will remain dominant as more Chinese consumers seek out a broader variety of wines from across the globe.

White wines, with over 15% of the wine market, are growing in popularity as more consumers choose to drink wine casually and are looking for lighter flavors overall, rather than the more full-bodied reds typical of dinner parties and events in China. This trend is being driven by demand among women, young people, and those living in large cities. Aromatic wines, such as Chardonnay, Sauvignon Blanc, and Chenin Blanc appeal to these consumers as do sweeter offerings, such as Riesling and Moscato.

Although accounting for only 5% of the market, rosés, fortified, and other sweet wines are fast growing players in China’s wine market. Rosés, in particular, appeal to many of the same consumers turning toward white wine varietals. For many, the relative sourness that can be accompanied with a rosé or white wine is off putting. These consumers, still wanting to enjoy a nice wine casually, are taking to fortified wines—such as Port—and other sweet wines (e.g. Late Harvest). It will be some years yet before this segment of the market matures, but strong upward growth potential is clear.

Social Newbies are, as the name suggests, new to wines. They are beginning to explore and learn about wine and view it as an interesting beverage for social occasions. This group is the biggest consumer segment, representing 26% of Chinese wine drinkers. These consumers prefer variety and tend to purchase entry and mid-tier wines given their limited disposable income.

Most Social Newbies are young adults. So, companies wanting to appeal to these consumers need to take an innovative approach to their local packaging and designs that focus on the unique characteristics of the wine and lifestyle on offer.

The Developing Drinkers are on track to become the future generation of premium wine connoisseurs in the country, accounting for 22% of China’s wine drinking population. They choose entry-level to mid-tier priced wine to enjoy while they relax. Unlike the Social Newbies, they are more aware of what taste profiles they prefer but remain experimental and open-minded. Their prioritize quality, service, and value over the social benefits afforded by certain brands or varietals.

This segment is heavily influenced by peers’ purchasing decisions and utilizes technology to research wines online. Many winemakers have started to recognize this behavior and are putting more effort into establishing a presence on Chinese social media and ecommerce platforms.

These wine aficionados account for 9% of Chinese wine drinkers. They are high-income consumers who pursue high-end brands, and are confident in their wine knowledge, having a broad grasp of countries and regions of origin, as well as varietals and brands.

The Adventurous Connoisseurs frequently attend wine tasting events. Although representing a small portion of the overall market, they are willing to spend a lot of money on their interest. For this reason, this group is the focus of select, high-end vineyards from the New World (US, Australia, New Zealand, Chile, and Argentina).

These are wine drinkers with conservative tastes. The Conventionalists rarely venture beyond the classics, vintages that hail from respected vineyards of France or Italy. These are high-income consumers. Price is not an issue when buying a Cabernet Sauvignon bottle that sells for ¥3,000 (US$435). They enjoy the perceived social status that comes with sipping premium wine at business dinners.

Accounting for 18% of the wine drinkers in the country, these wine drinkers are primarily middle-aged and older consumers who drink wine for its perceived health benefits. The Health Sippers are a price-conscious group and prefer entry-level to mid-tier wines.

In general, many Chinese cite health functions as their primary reason for drinking wine. The trend for health and wellness remains strong in the country, creating opportunities for specialty wines, particularly natural, organic and fortified ones. Wineries targeting this group should highlight that their wines are nature-friendly, use fewer synthetic pesticides and fertilizers, etc.

These are the infrequent wine drinkers, mostly drinking during special occasions. They are not very engaged, have limited knowledge of wine, and are usually older. When purchasing wine, they opt for low-priced options and actively seek promotional offers. To appeal to this group, businesses should consider selling wine in smaller, less expensive bottles. This group is driving demand for single serve and ready to drink wine formats such as pouches and boxed wine.

The Case of Rutherglen Estates

Rutherglen Estates started operation in 1996, when demand for Australian table wine was increasing both in the country and overseas. Located in a small town in north-eastern Victoria, the company is the largest in the region by land area.

In 2013, its director, Simon Cheung, decided to enter the Chinese market with a brand created for export – Rayah. Multiple factors supported Rutherglen Estates’ success in China. The first one is timing. They began exploring the market when demand for wine in China was growing and competition was low, giving it an advantage as an early mover in an underdeveloped market.

Second, they correctly assessed the Chinese’s preference for the types of wine they purchase. Rayah wines are specifically designed to fit the Chinese palate. After determining that red wine accounted for the lion’s share of the market, the company decided to focus on selling red varietals including Cabernet Sauvignon, Merlot, Shiraz and Cabernet Merlot.

Third, they recognized the changing consumer market in China and planned their marketing strategy accordingly. They tapped into the growing wine-drinking trend among young people and were able to reach the most influence consumers via wine tasting events.

Finally, working with a Chinese partner, they were able to establish effective sales channels and develop a marketing strategy that resonated with Chinese corporate buyers and end consumers.

The Case of Robbie Bird Wines

Robbie Bird, the founder of New Zealand’s Wishart Estate Winery, was forced to declare bankruptcy of his subsidiary company, Robbie Bird Wines, after a failed attempt to break into the Chinese wine market. He is the grandson of one of Hawke’s Bay’s wine pioneers, Robert Bird, owner of the award-winning Glenvale Winery (now Esk Valley).

At the core of Robbie Bird Wines’ failure in China was deciding to rely on expertise from wine professionals in New Zealand, rather than those in the Chinese market or with significant understanding and experiencing in the market. As a result, they put into action a strategy that did not fit the market, the Chinese consumer, or account for upcoming policy changes in China that would affect foreign wine brands importing into China.

Having fully invested the future of the brand in China, but lacking appropriate planning and expertise, the company found itself financially overextended and was liquidated in 2015, leaving considerable unpaid debts owed to creditors.

The company’s business plan was created after consultation with a prominent New Zealand winemaking expert. They did not engage a partner with sufficient understanding of and experience working in the Chinese market in addition to awareness of how the market was evolving—both in terms of consumer preferences and government regulatory policy. Had they done so, they may very well have a thriving business in China today.

Although previously dominant in China, Old World wines are having to share more space with New World wines as brands from Australia, the US, and South America gain greater shares of the market.

Classic red wines, such as Cabernet Sauvignon and Merlot, still rule the roost, but white wines and rosés are gaining popularity among younger, urban, and female consumers looking for a more casual easy-drinking experience.

Wine brands big and small succeed or fail on the back of their strategy and local partnerships. Wineries seeking to expand into the Chinese market will need to adapt their strategy and brand to the local market conditions and consumer preferences, meaning they need local expertise and engage in long-term strategic planning.

Overall, the future for wine in China is bright even as domestic production increases as many countries remain symbols of quality and authenticity in and of themselves. This cannot be easily duplicated by local competitors, leaving considerable space for new foreign brands to enter a fast-growing market.