Sales of coffee products in China can be expected to hit over US$20 Billion by the end of 2025.

Although Chinese consumers prefer to have coffee socially or on the run, brewing at home is taking off as coffee culture takes root.

Coffee consumption varies widely by generation, primarily in terms of where it is consumed, why, and to what extent coffee is a core part of one’s lifestyle. Millennials and Gen Z are leading the way in defining China’s coffee culture and overall consumption habits.

Coffee brands of all sizes enjoy long-term growth potential as demand is increasingly quickly from a modest base and moving beyond major cities and wealthy consumers. That having been said, strategy and long-term focus are keys to success in the market.

Although far from the largest market, demand and year-on-year sales growth are booming. The market is set to enjoy a CAGR of 11.6% through 2025, making it one of the strongest growing coffee markets in the world.

Chinese consumers prefer drinking coffee on the go and in convenient easy-to-drink formats. Prior to Starbucks’ entry into the market in 1999 nearly all coffee consumed was instant or ready-to-drink (RTD). Although RTD coffee retains a plurality of demand in the market (36.8%), fresh coffee is a close second (36.7%).

Drinking coffee is considered a highly social activity in China, with coffee shops or going to buy coffees at a local convenient store typically done in groups. This paired with a still nascent local coffee culture means little coffee is enjoyed at home, though this is growing. Whole/ground bean purchases and the use of coffee pods together account for 13% of coffee sales in China. This will continue to grow as local coffee culture develops and coffee is increasingly seen as an important component of a modern lifestyle, particularly among younger generations of consumers, such as Millennials and Gen-Z. China stands out among large economies without a strong local coffee drinking culture. Even in Japan, long known for its tea culture, coffee-drinking is common, particularly in the country’s large cities. Still, adoption has been swift, particularly among younger generations.

In much the same way each generation in China is markedly different from each other, the rate and way of coffee consumption between generations differs greatly.

Older consumers (60+ years old) generally view coffee as a novelty and separate from a traditional Chinese lifestyle. They may enjoy it with family or offer it as a gift, but typically do not seek it out themselves.

Middle-aged consumers (40-59 years old)—particularly in large cities—have embraced coffee as a commodity to a modest extent, but primarily as something to have in the course of doing business and a lifestyle symbol. In the latter case, coffee is expensive relative to average local incomes, so being able to consume it regularly, particularly from big brands such as Starbucks, is a sign of personal material success.

Millennial and Gen Z consumers (<40 years old) are, to varying degrees, ‘native’ coffee drinkers in much the same way they are digital natives. Millennials came of age as large coffee brands entered China. Over the last 20 years, its presence has become common throughout the country and ubiquitous in large cities in particular. Many of these consumers’ coffee habits and coffee-drinking culture are similar to those found in other countries, with Chinese characteristics.

Nestlé is a Swiss food and beverage conglomerate with operations globally. It generated US$14 Billion in revenue in China in 2018. It is also one of the largest producers of coffee beverage products in the world. As one of the earlier entrants into the Chinese market, it has established itself as a household name domestically and is a dominant brand within multiple food and beverage product categories, including coffee. Along with Starbucks, it is the top coffee brand in China. 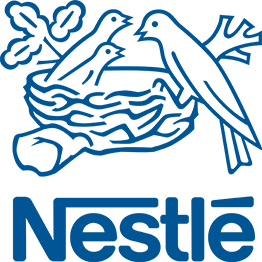 From the outset, Nestlé viewed its efforts in China as a long-term investment. Applying its financial and operational heft, it invested over US$16 Million to develop warehousing, training, testing, and promotional facilities in Yunnan, a Chinese province most famous for tea growing.

The firm recognized both the potential of the Chinese market as well as the dearth of awareness and understanding of coffee—both among local consumers and farmers. It also decided there was a long-term advantage to having locally integrated farm to cup operations. It educated farmers in the region, where the climate is generally suitable for coffee growing, about coffee, growing it, and the overall business opportunity. These activities helped to raise the company’s profile—and that of coffee generally by not competing in the fresh coffee sector has allowed it to partner with erstwhile competitors, such as Starbucks, to make inroads among a subset of Chinese coffee consumers who might not otherwise buy their products. In so doing, it effectively touches every area of China’s fast-growing coffee market and adds to its existing approximately 17% share of China’s total coffee market.

In addition to heavy early and ongoing investment in the market, the key to Nestlé’s success in China has been its focus on understanding the state of the market, consumer habits, developing the right local partnerships, and strategic branding and pricing. These core lessons can be applied to great effect even by small foreign brands entering the market.

Annual per capita consumption is still only 3 cups compared to 363 in the US. The US coffee market is currently valued at US$48 Billion. Given Chinese consumers’ growing disposable income and the country’s population, the market’s long-term potential is well into the hundreds of billions of dollars.

Currently dominated by large global brands, this opens up space for small and medium sized brands which can offer unique flavors and coffee-drinking experiences to China’s growing number of enthusiastic coffee drinkers.

As has been the case of the most successful foreign coffee brands in China, education, and long-term strategic planning and patience are key to developing a successful presence and strong brand in the market.